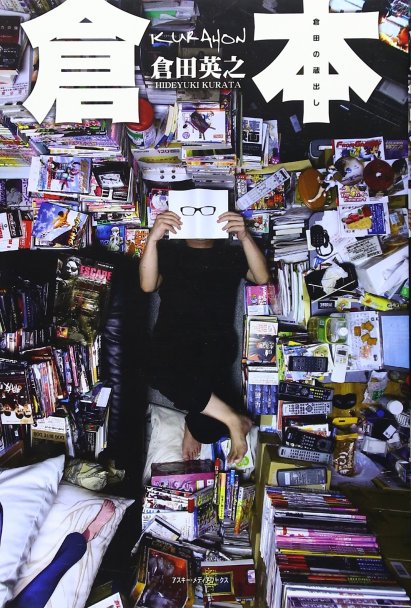 Hideyuki Kurata, the writer of Read or Die and the good episodes in Samurai Flamenco, has once purchased more than 100K USD worth of DVDs in two years. He owns every single edition of Die Hard. Why? Because, according to him, Bruce Willis fuckin’ rocks. The same thing happens with every other mainstream movie franchise you can think of.

He also writes in his essay collection, Kurahon: Kurata no Kuradashi (倉本倉田の蔵出し): Women exist either in paper or in a JPG (perhaps a MPEG) for me.

Magazines, manga, encyclopedias, hardcovers, limited editions, eroge, dakimakura — you name it, he buys it. Size and price are meaningless to his credit card. All he does is buy. His life is a dream come true to many people.

But isn’t this life a bunch of nothings? Isn’t this just squandering? What kind of life is that?

He has heard all the questions regarding his eccentric lifestyle. Hideyuki is probably sick of hearing them because, to him, the answer is quite simple. You only need one word to understand everything about his life. That word is passion.

Passion is the force that moves people. And in this sense, I mean both physically and emotionally. It can transform how we engage with media, why we engage with it, and the longevity of that engagement. Passion is like an active volcano: it is restless, loud, and never ceases to rumble inside people’s minds. It can manifest itself in many ways, be it with a hobby, with a profession, or — in Hideyuki’s case — with the so-called otaku realm.

Otaku. The word itself is not self-explanatory; its original meaning has long been warped ever since it appeared in modern Japanese pop culture. To put it shortly, it means to be passionate about anything, but this mentality goes beyond treating an activity as merely a hobby. It is a way of living. For Hideyuki, being an otaku means consuming, reading, and writing on a scale so huge and vast that one cannot help but feel moved by it.

The word is a taboo for some Westerners, much like “weeaboo”. It implies a deep, lunatic affection for anything Japanese and, in societies predominantly European or American, that is cultish behavior. For others, it has the same connotation as either “geek” or “nerd”. But be that as it may, for some communities in Japan, being an otaku is dedicating your whole life to something — in both soul and body. This may mean that you’ll do it even if it brings your demise upon you. You support it to its very end and love it to its bitter end.

And for Hideyuki Kurata, this is the true meaning of being an otaku.

This is perhaps too much of an extreme interpretation, but I find it compelling nonetheless. I can say l’ve lived a considerable part of my life abiding by that definition.

What will come to an end faster: the money in my checking account or the creators’ ability to keep manufacturing more? – Hideyuki Kurata 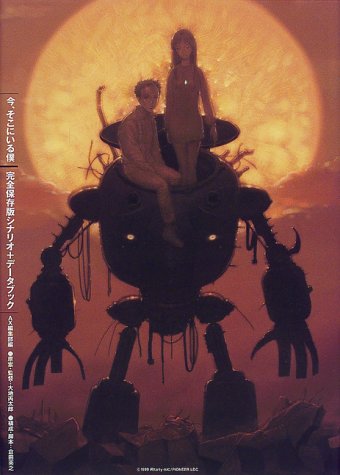 Kurahon consists of essays on different topics surrounding his way of life, and those passions that motivate and fuel what he holds dearly. All those excerpts that compose it were taken from monthly issues published between 1996 and 2008 in the eroge magazine PC Angel Neo. It’s a book that shows in a very raw way how Hideyuki experiences being on the consumer side of things, and ultimately showcases what his unquenchable passion is cemented upon.

Hideyuki barely touches on any of the works he’s created (Ima, Soko ni Iru Boku (1999), the aforementioned R.O.D (2000), and Gun X Sword (2005)) throughout the book. Instead, it serves as a window to his intimacy and zeal of him for the otaku life, to know how living with that ever-erupting volcano is like when you wake up in the morning, and how to tame it at night so you can go to bed. It’s depicted through and through with jokes, long essays and pieces of writing that at a glance would seem incomprehensible, but they make sense to those who are propelled by the same force and even transmit some of that fervor to the reader.

In a way, it’s a little paradoxical. Passion is a few steps away from the incomprehensible. Trying to visualize emotions and that something else — that fire that burns deep inside you through words might not convey everything — is difficult. But who said that everything must be comprehensible or logical to begin with?

This is where the art of the imperfect comes into play: the conjuration of what fuels the human desire. More than anything, his answer is not an answer to the eternal question “why”, but a glimpse to that volcano when it’s in motion. Hideyuki explains in the book that the human being is irrational and incomprehensible from the beginning, so it’s only natural that the passion that emerges from it be incomprehensible too.

And when you think about it — or should I say —  stop thinking about it, it becomes clearer. His explosive passion for books, DVDs, and subculture comes from somewhere, but where that place is located is an answer that not even he knows. But he does not need or want to know. There’s no answer to every question and that’s fine. Why? Because fuck paradoxes.

For him, if it’s an interesting enough product, it’s an instant buy no matter the cost. It’s his inviolable rule.

Human beings will throw anything to quench their thirst. It seems like passion can serve as a way to fill that void in the human condition, but the thing is that hole seems to have no end in sight.

Why the hell you would want to cool the volcano? Let it erupt until everything turns to ashes! What if there’s nothing left after that, you say? Well, then so be it! – Hideyuki Kurata

The above sentence alone made me understand a little of the magnitude of his fervor. This is the reason why he wakes up from his bed and brushes his teeth: he is a prisoner of his passion. Some of us are like that too and we have the same rationale: there’s no reason to be free.

Upon finishing the book I pondered about a few things. Media, as usual for me, was one of them.

Media can interact with people in an indirect way through emotions, concepts, and ideas. This symbiosis is closely tied to consumerism. One depends on another. That is but one mere spark of the many that erupted that volcano in Hideyuki. And I must say this is why I am this passionate too. The volcano has many different names. For Hideyuki, it is being loyal to subcultures and consumerism.

Hideyuki reflects in his book and he has no regrets of what he’s done with his life. Now 48 years old, he feels fulfilled and assured about his actions, about what he has purchased, why he has purchased that, and ultimately where he is heading to. In a few short sentences, he does admit this is a materialistic desire. But that desire is just meant to fulfill a more complex one, one deep inside him, one that he is unable to quell.

He feels very, very proud about what he does and consumes. Hideyuki is the very soul of subculture being pressurized and contained into a human being — you can see his body leaking little fumes of passion.

Hideyuki also mentions that perhaps what he has really done is cornering himself in this more solitary, lonely space. In a world that is becoming more and more populated, this personal place is the only area where the sounds he could hear are his breathing, the sound of pages flipping, the sound of his keyboard tapping, the flickering of the TVs and PCs — everything. He can breathe the smell of newly purchased products wafting in the air. This is his haven. His void.

If you ask me, perhaps some of us have or wish to have a place like that. Or we’re striving to build it in our very own way.

At the end, Hideyuki poured his everything into this book. I dare to say his reason to be. Being suffocated under a collection of more than 60K DVDs, attending events just to fall in love with cosplayers (which contradicts his mad love for 2D), buying eroge, collecting books or any object with printed words in an indiscriminate way, writing, or getting excited about spending money in anything that catches his interest.

Who knows. We all may be prisoners of our void, traversing through it in free fall waiting to reach the bottom. The exciting about it is: Does a bottom even exist? We have a lifetime to find out.

One thought on “Hideyuki Kurata: Beyond Bibliophilia”